Fast, ahead and direct: The benefit of participation in open scholars’ networks

Networking has been one of the enabler of 21st century competence emphasized at the Global Open Education conference held in Krakow in April 2016. Many tended to argue that the university is the place those networks are develop. While this argument may be partially true, I will discuss the benefit of move(ing) beyond university boarders to be part of global networks of open scholars.

With the development of open scholarship, it has become increasingly easy to directly link up with open scholars from all over the world. The benefit of participation in such networks is an instant access to up-to-date research articles and books as soon as they are published, or even before the resources are published. In my PhD study, for instance, I could access most of the resources in my research area (MOOCs, OER, and other aspects of open education) as early as the publication date. All I had to do was participation in online networks mediated by social media, mainly Facebook and Twitter. Most leading authors in my PhD research area abide to open scholarship: They publish their work with an open licence and use social media to share their publications. I followed most of them on Twitter and many of them followed me back. I also send friend requests on Facebook and they accepted my requests. Equally importantly, many of them are in communities mediated by these social media and we share relevant resources on a regular basis. As soon as our work is published, we tweet a link to the work or share a link on Facebook. In this way, there is little need to go through the university library administrative channel to be able to access the resources because most of them are instantly and directly shared within our communities before they even reach libraries. 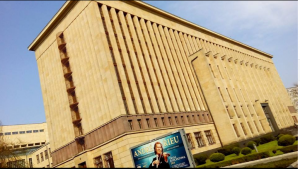 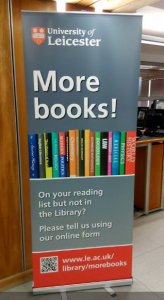 Beyond social-media-enabled networks, I have been meeting the leading authors at different conferences I attended. Apart from entirely virtual networks, often mediated by social media, we meet in real networks of experts and researchers in the field from all over the world such as the Global Open Educational Resources Graduate Network (GO-GN). We shared our work because we value open sharing and open research. These networks seem to have created a give and take environment in which learning from one another is flourishing. Some of the shared work was still in press, which enabled members of the network to remain ahead in terms of access to related research and literature.

Overall, networks are very important for learning in the 21st century. However, these networks are no longer confined within the university boarders. Thanks to open scholarship and social media, these networks have easily become ubiquitous and global. Any learner willing to invest in such networks can easily join them without the need of costly long distances travels to meet members of these networks. For learners in settings with least Internet connectivity, it is easier and cheaper to travel to an Internet access café than undertaking a long distance (local or international) trip to meet other members of the network. Hence, the internet, social media and open scholarship are making distance between learners, and distance between learners and the content, shorter.