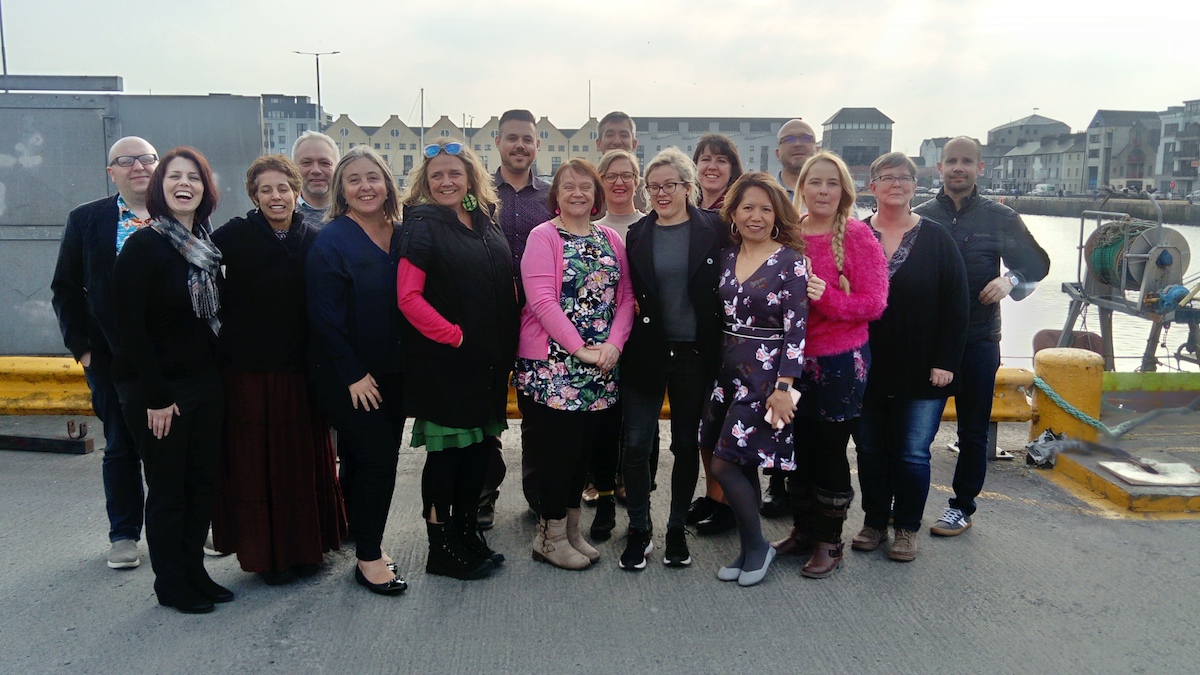 We have now all returned from the 8th GO-GN seminar in Galway, tired, emotional and a little bit in love with Galway. This year we coincided the seminar with the OER conference for the first time, and it was a huge success, so our thanks to the ALT team for helping this happen.

Most of the members arrived by Saturday, and Galway being fairly small, we bumped into a few of them. Then on Sunday the hard work began. It started with an overview of the ever expanding GO-GN from myself. We were very lucky to have Angela DeBarger from the Hewlett Foundation (who fund the GO-GN) join us for both days. As this marked the last seminar of the current round, it provided us with an opportunity to hear from members about ideas going forward.

A solid start to day two, as we continue to build bridges and traverse tunnels as early career open researchers #go_gn #OER19 pic.twitter.com/wtnuwukuzl

Rob and Beck then gave a very useful session on open research which provided the basis for some excellent discussion, particularly around when to be open, and whether it should be seen as a ‘goal’. Then it was into the main body of the seminar, which are the presentations from the members. These were:

Day 1 ended with a session considering future directions for the GO-GN (I will be sending a survey around later so all members can input to this too). Then it was the GO-GN meal! Somehow this ended in a cocktail making session, which we took to be a metaphor of mixing together the right ingredients for open education.

Day 2 continued with presentations from researchers, with the following:

One thing we try to realise at these sessions is that we have people across the whole range of the PhD journey: some right at the start, others about to finish and some in the middle slump. All of these derive different benefits from the seminar. So this year we thought it would be useful to all to show that there is light at the end of the tunnel, with a panel session on “How to survive your PhD”. This featured recent successful GO-GN Doctors Michael Paskevicius, Virginia Rodes and Jenni Hayman.

In the afternoon we held the individual sessions where researchers could discuss any issues about their study, and in parallel the members conducted video interviews with each other (coming soon to the YouTube page), and also gave feedback on the Hewlett OER strategy with Angela.

Day 3 was a day off, with many people choosing to visit the Cliffs of Moher (inconceivable!). The day after marked the start of the OER conference itself. When you’ve finished the GO-GN seminar it often feels like you’ve done a whole conference, and then have to go again. GO-GN was a real presence at the conference, with over 30 sessions featuring GO-GNers past and present. In the evening it was a real delight to be able to give the GO-GN Fred Mulder awards to the recipients at the official conference reception. It got emotional.

And that was it for another year. Congratulations to all the GO-GN members who attended the seminar and presented at the conference, they have demonstrated how the value of the network and contributed valuable research to the OER field.