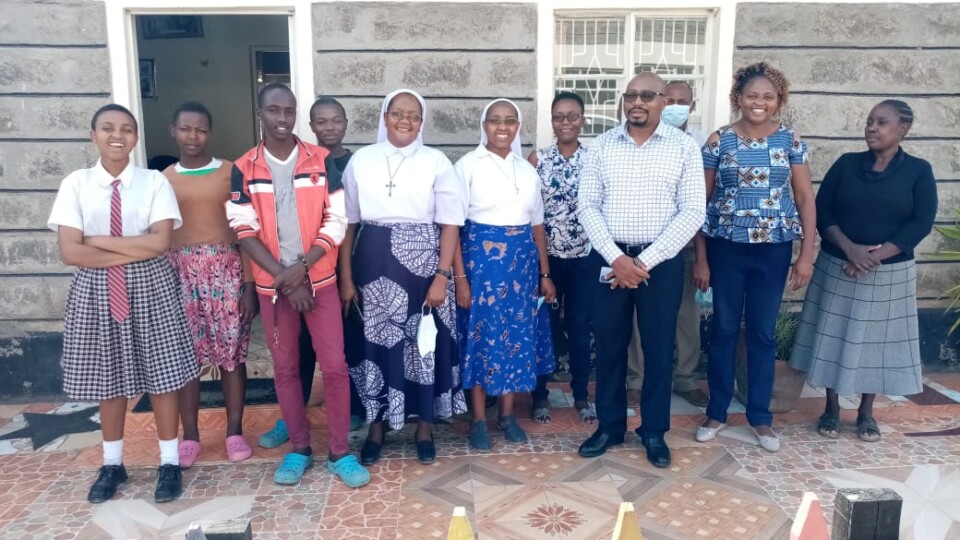 “SLOW, but Not Giving Up”. A GO-GN Fellowship Challenges in Africa

It has been an inspiring experience to be awarded a Research Fellowship for the first time, with the aim of raising the profile and recruiting new members to the Global OER Graduate Network (GO-GN).  I was excited, planned how things would work with my role as Service Learning Regional Co-ordinator for Africa and shared the plan in a blog post.  In the beginning, things worked well as planned, the Africa Hub was formed with 3 Universities on board and later in April 2021, a fourth one joined ( University of Kisubu- Uganda, Mwenge –Tanzania, Catholic University of Cameroon and University of Loyola in Congo).

Other six regions (Asia & Oceanic, USA & Canada, Latin America & Caribbean, Western Europe North & South and Central & Eastern Europe and Middle East) also constituted their Hubs and in about 3 months, a total of 20 Catholic Universities from 7 regions in the world came together to form a Uniservitate Global Network, gearing towards an Integrated Education that links Theory, Faith and Action https://www.uniservitate.org/.  Several virtual activities were lined up and undertaken both regionally and globally. For the Africa hub, we held a number of zoom meetings, webinars for seminars, symposium and conference all virtually done https://servicelearning.tangaza.ac.ke/.

During these meetings/ hub activities, I dedicated the first five minutes after introductions to share about GO-GN network, distributed flyers which were translated in English, Kiswahili and French and also shared the link for the network. I later made follow ups through the Institutional Co-ordinators (Eng. Cyrille – Cameroon, Rev. Dr. Sr. Africanus –Tanzania and Dr. Luwekera –Uganda). We are about to do induction to University of Loyola in Congo; after which, I will share the information with Dr. Tshikolo.

Opportunities were available. Most People resonated the timeliness of such a network and its impacts to the region, especially with the shifts to virtual/ online learnings and teachings. One PhD student from University of Pretoria in South Africa joined as a member. Those who had earned PhD were willing to join as friends and supervisors only. Majority who were in the process of doing PhD had interests to join the network but their research focus areas were not OER or OEP. Hence could only be friends to the network.

Challenges came along the way. I capped off my first research fellowship during the covid-19 pandemic; which slowed down processes of our activities as a region and as a global network. All the planned face to face regional activities like conferences, seminars, planning and meetings were cancelled due to banned local and international travels. We therefore resorted to virtual connections only.

Three of the candidates who had intensions to consider joining the network differed (postponed) their studies due to hard economic situation in Kenya, as well as in Cameroon, brought about by Corona virus. Two of the candidates lost their jobs and one was under half salary hence they could not raise their fees and research related expenses. During the general elections in Uganda, I also lost touch with two candidates who could not access internet connectivity as this was shut down by the president. I am still determined, following up with them and hopeful that I will influence them to join once things get back to normalcy.

It has been inspiring to work with the GO-GN administration team at Open University in UK.  Even through the pandemic, the team tirelessly provided the needed support, ensuring my learning, translations and fellowship experiences continued. Through the fellowship, I learnt that: